Brigham Young serves a mission in and around Loughborough, Ontario, Canada. 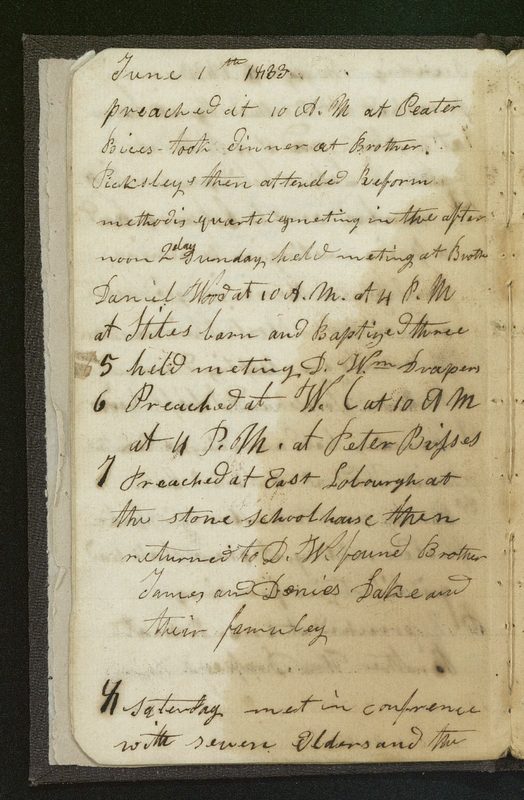 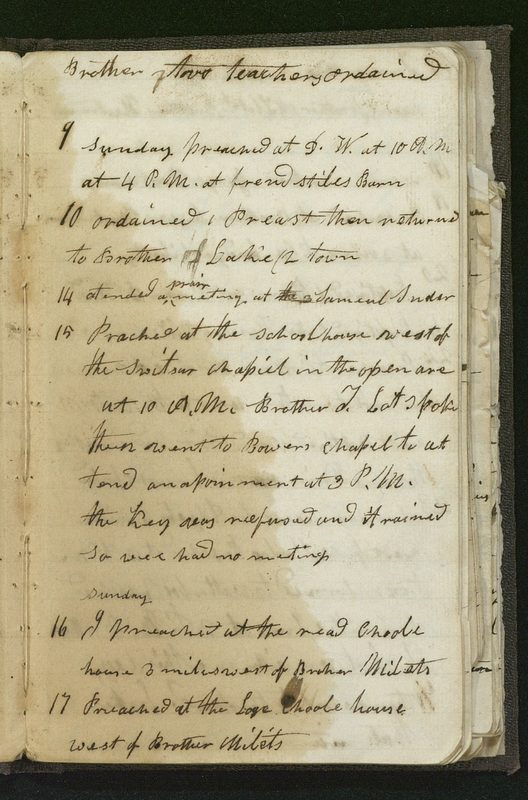 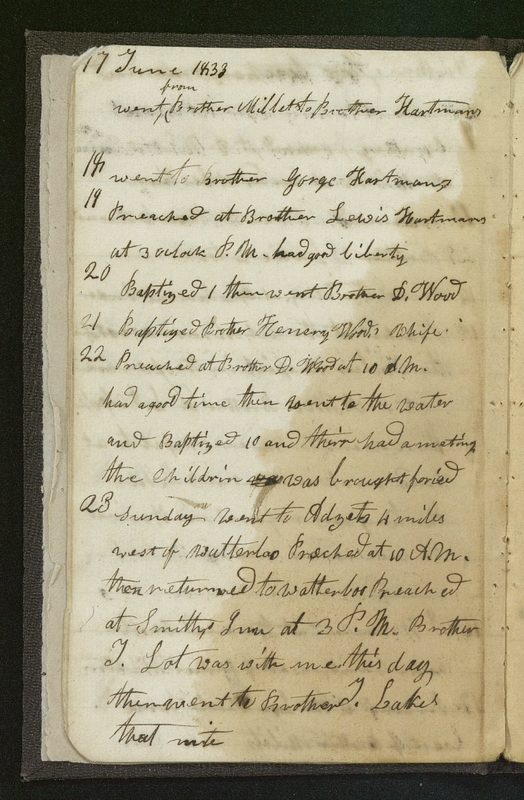 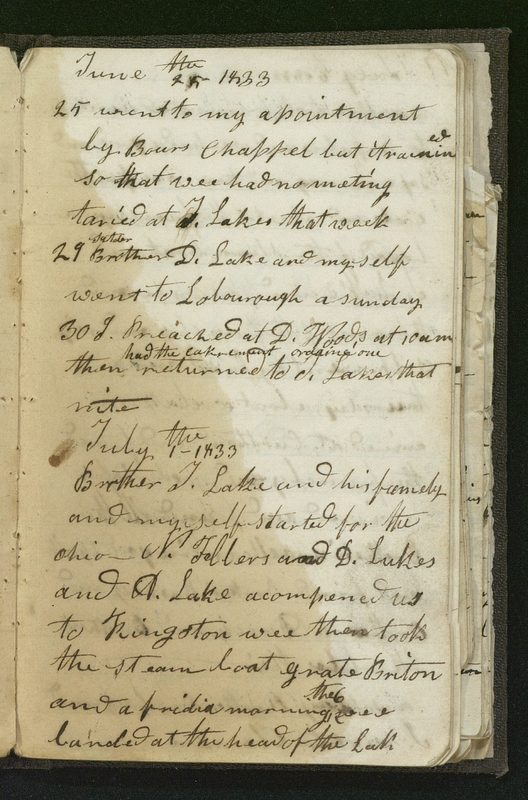 7 Preached at East Lobourgh [Loughborough] at the stone school house then returned to D. W. found Brother James and Denies Lake and their famuley

15 Prached at the schoolhouse west of the Switsur chapiel in the open are [air] at 10 A.M. Brother J. Lot spoke then went to Bowers chapel to attend an apoin[t]ment at 3 P.M. the key was refused and it rained so wee had no meting

22 Preached at Brother D. Wood at 10 A.M. had a good time then went to the water and Baptized 10 and their had a meting the childrin was was brought foried [forward]

23 Sunday went to Adzets 4 miles west of Watterloo [Waterloo] Preched at 10 A.M. then returned to watterloo Preached at Smith,s Inn at 3 P.M. Brother J. Lot was with me this day then went to Brother J. Lakes that nite [[p. 10]]

June <the> 25 1833 went to my apointment by Bours Chappel but it rain<ed> in so that wee had no meting taried at J. Lakes that week

29 <Satder> Brother D. Lake and myself went to Lobourough a sunday

30 I. Preached at D. Wood,s at 10 am <had the cakrement ordained one> then returned to J. Lakes that nite