A request to obtain signatures on a petition to the Governor. 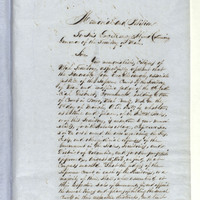 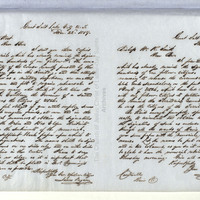 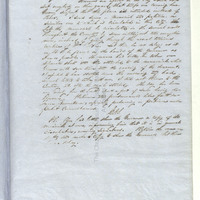 Dear Bro.
I forward you a Memorial which has already received the Signatures of some hundreds of our fellow-citizens. It is not necessary to rehearse the circumstances, so unparalleled and scandalous, on the part of the Judges & Courts of Utah, which have led myself in Connection with my fellow-Citizens to petition for redress and thus remind the Territorial Executive of their duties he owes the citizens of the Territory.

Be kind enough promptly, speedily, and effectually to circulate and obtain to the Memorial the Signatures of such as endorse it's sentiments, through all the wards of Davis County. I send you some paper with the Memorial, ruled for the names. Let the names be put on one side only, and in two columns, as you see it is ruled. I would be glad to have the memorial returned as early as Thursday morning. Give all a chance to sign.