The depositions in Ahmanson vs Young were returned because they were not taken at the office of a Notary Public. 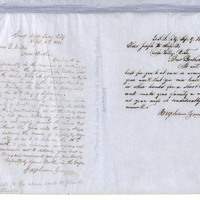 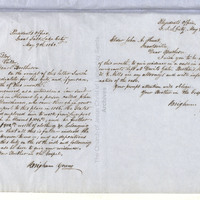 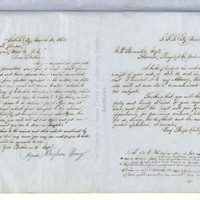 This entails much trouble upon very slight grounds; and when the distance, the correctness of the depositions, &c., are considered, it would seem that the Court should have overlooked the unimportant requirement that was not complied with because not known, and which in no way effects the validity of the matter contained in an envelope.

Edward A. King was Notary Public but for a short time, and I am surprised that the Court did not order the depositions taken at the Office of his successor; or, presuming that he might still be in office, at his office or that of his successor; or in other words, that the Court had not sufficient forethought to designate at the office of some Notary Public, without specifying at the office of a person who might be dead or in China.

It might be proper, and would certainly be correct, to rule that the office of Mr King's successor is the office meant, but where a Court returns depositions upon a point of no moment, it may be unsafe to proceed upon plain, common sense principles ofdoing business.

There are two Notaries Public in this County, viz:-- John T. Caine and William W. Phelps.